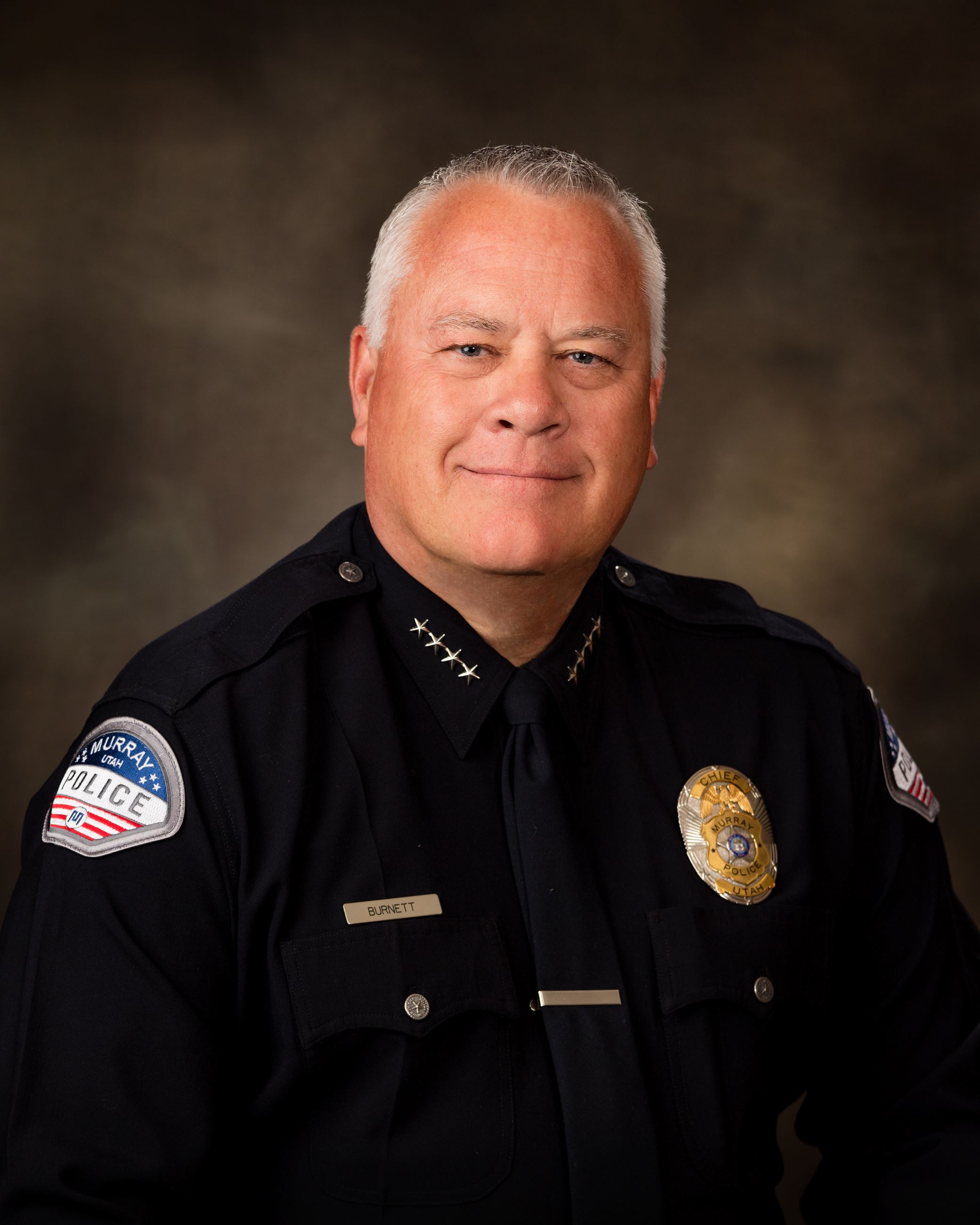 Chief Burnett began his career in law enforcement in 1983. In April of 2014, he was appointed as the Chief of Police; where he manages 85 full-time employees. Throughout his career he has worked in positions such as a patrol officer, detective, Sergeant, Lieutenant and Assistant Chief of Police. He has spent numerous hours building programs such as Community Oriented Policing, Neighborhood Watch and the Cadet Program; which ultimately is where his interest in law enforcement began during his youth as a student at Murray High School.

Chief Burnett has been influential in establishing productive working relationships with the Metro Gang Unit, Valley Emergency Communications Center, Valley Police Alliance and the Traffic Safety Committee. He is a graduate of the 195th session of the FBI National Academy and holds a Bachelor’s Degree in Public Emergency Services Management from Utah Valley University.

“I am honored to be your Chief of Police and I am dedicated to providing quality, fair and professional services to the citizens and business owners of Murray City.” ~ Chief Burnett